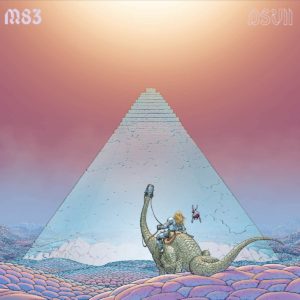 In Anthony Gonzalez’s own words:
“Digital Shades Vol. 2 is, in my opinion, far more advanced than Digital Shades Vol. 1. The first volume was way less ambitious and didn’t require as much energy and work. I was also 26 years old at that time. I had different goals, taste in music and knowledge. With Digital Shades Vol. 2, I wanted to come back with something stronger that featured the depth of a proper studio album without the pressure of providing pop music.”
Accompanying the release of DSVII is the film trilogy Extazus, soundtracked by three tracks from DSVII: ‘Temple Of Sorrow‘, ‘Lune De Fiel‘ and ‘Feelings’. Extazus is directed by experimental French director Bertrand Mandico.
Watch all three parts of Extazus here: